Forget the boring patches. How can one pass up the opportunity to show off their vibrant personality every day? With our vintage custom designs that range from elegant styles to fun textures, these quality vintage patches are sure to grab the attention of potential customers out there. Vintage patches are making a comeback! We only use the best vintage materials. From distressed jeans to biker jackets, these patches are sure to stand out and make your clothes look amazing! Most vintage patch memorabilia is sewn onto the garment but some iron-on pieces exist too - nothing says cool like an authentic piece of history from Vivipins.
GET STARTED 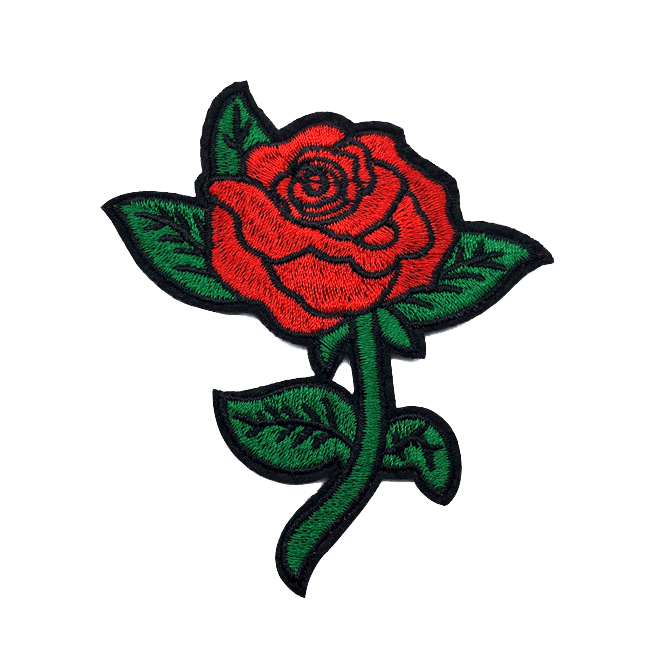 Our custom vintage patches embody a sense of individuality and personality to the wearer. They offer both quality and style where other elements may not, as well as an excellent price point that can't be beat. What better way to show off your own personal style than with something originally designed just for you? Nobody can make custom vintage patches like we do.
Show off your love of vintage.
Make your clothes look cooler than ever before.
You'll feel like you're wearing a piece of history.
They're perfect for sewing onto jackets, bags, and more! 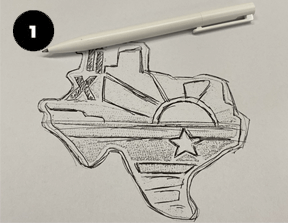 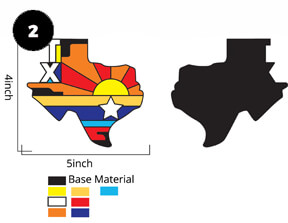 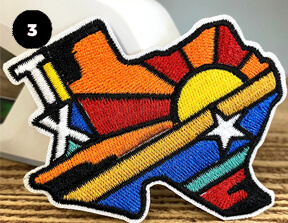 When it comes to getting your very own custom patches there is no better choice than us. Why? Because we offer everything you could want in a patch supplier. First off, our patches are custom made so you can get the exact design you want. We are known for creating “thread masterpieces” that stand out and draw favorable comments and reviews. We also do all of this for surprisingly cheap prices. And maybe best of all, we have no minimums! That means you can order as many or as few patches as you want. So to recap, you get striking, professionally designed personalized patches that are of the highest quality and that come with excellent customer service. What could be better than that? Get started today. We also offer fast production and free shipping!

In a world of pop and fast fashion, looking for something retro is a more tasteful choice for some.Vintage clothing, as you know, is new or second-hand clothing from a previous era.Clothes that are more than 100 years old go from vintage to vintage.Interest in antiques has soared due to increased access and accessibility to them.
When you see celebrities wearing old antiques on the red carpet, there is no doubt that it inspires many consumers who want similar items but may never be able to find them locally due to insufficient supply.This also means higher prices for Vintage! But on Vivipins' website, you can customize your own Vintage patches at very low cost.
A love of nostalgia and emotion may lead us to purchase vintage patches because vintage represents a bygone era.People buy vintage goods for many reasons.The drive is usually driven by the excitement of hunting.It's easy to find vintage merchandise at your local mall or website, but shopping for vintage merchandise is an unparalleled treasure hunt.The beauty of this process is that you never know what you might discover or learn.The second reason we prefer retro is participation in history.Our modern objects are whiteboards that we write on, and our antiques are already written on.The imprint of time and time has been formed, and we want to add to it.Third, people don't make things like they used to.The quality of old vintage, including materials, finishes and craftsmanship, makes them worth buying.Fourth, in a world of mass production, having vintage patches ensures you are unique among the crowd!
Vivipins has made no secret of its appreciation for vintage, which is suitable for both children and adults.We are drawn to antiques because they offer a retro lifestyle.We believe that wearing these patches is "a way to experience a different life through vintage patches".The process of buying vintage creates an exciting "search for something, a special and creative pursuit".Although there are some excellent modern pieces, it is more satisfying to find a great vintage piece than to spend money on an expensive fashion design.In the current era of rapid mass production and disposable consumer goods, I think vintage has a more careful style, better quality and can stand the test of time.When we wear these things, we carry our history with us.

Vintage patches are rediscovered, selected, auctioned or brokered.It's all new;They are never second-hand.Old-fashioned patches are mostly sewn on, but some are ironed.Whether you're looking to buy some patches for your collection or sew some great vintage fabrics on a vintage jacket, we're here to help you make that happen, There's nothing cooler than vintage decals from Vivipins!

Vintage is a general term for clothing originating from a previous era.The phrase is also used in retail stores, such as vintage clothing stores.Vintage dressing today includes choosing accessories, mixing vintage clothes with new ones, and creating ensembles of various styles and periods.Vintage clothes are often sold at bargain prices for high-end, established brands.Since the First World War, it has been part of the world as part of the reuse of clothing due to textile shortages. "Vintage" is a colloquial term usually used to refer to any old style of clothing.A generally accepted industry standard is that objects made between 20 and 100 years ago are considered "vintage" if they clearly reflect the styles and trends of The Times they represented.Items 100 years old or older are considered antiques. Retrospective, short for retrospective, or "retrospective," usually refers to clothes that reflect the style of a previous era.A copy or replica is a new copy of an old dress. Recently produced clothing is often referred to as modern or contemporary fashion.
In the United States, vintage shops cluster in college towns and city art districts.Unlike thrift stores, which sell vintage and modern used clothing, vintage clothing stores are often for-profit businesses with a market somewhere between small chains and independent stores.These stores typically range in size from 200 to 5,000 square feet and often have fitting rooms.Vintage clothing stores may receive clothing from individuals in exchange for cash.
The advent of the Internet has increased the availability of specific and hard-to-get items and opened up potential markets for sellers around the world.Now you can easily purchase Vintage patches from Vivipins, for example, from online stores.These high-quality vintage patches are not meant to be used; on the contrary, they are brand new!What are you still hesitating about? Order now.

What's The Difference Between "Antique" & "Vintage"?

Actually, the difference between an antique and an antique is its age. Antiques are objects that are at least 100 years old.That is, at the date of this email, an antique was made in Or before April 1918.
The 100-year-old rule applies to these items, regardless of what they are made of.So while a book or glassware is less likely to survive 100 years than a piece of furniture, making these fragile items look like they should have become antiques earlier;But that's not the case. Man-made objects that are more than 300 years old are called antiques or handicrafts.Generally, artifacts unearthed during modern land development and construction or through archaeological work are more than 300 years old.They have also been unearthed in attics, basements and private collections.
Given the relatively short history of the American writing system, the term "prehistoric" is usually associated with any unearthed object that is more than 300 years old.Of course, in our area of Fargo-Moorehead, this includes some Native American artifacts.It is worth noting, however, that not all Indian artefacts are so old. At first glance, vintage items seem to be as old as antiques. However unlike the definition of an antique which has a set time limit and meaning that must adhere strictly by its strict criteria, labeling something "vintage" can have many different interpretations because there isn’t one single accepted answer for what qualifies as such in this day and age where anything from 1918-1978 would technically qualify depending on your preference or interpretation! What's in a piece of furniture? The answer is everything. Furniture can represent your family, the history and memories it holds for you - all while being something practical to put next too! So many people love collecting vintage items because they have that nostalgic feel but also offer so much more than just age alone would suggest.
Not all those who buy and sell antique, vintage objects use the word "retro." However some of them do employ other words such as ' Retro.' The origin for this term dates back to French where it means backward or former; however in reference usually only has meaning older than we currently living which would make sense since they want their products imitate styles from recent past instead copies/fakes (items created by someone else). Think about classic items like bowling shirts and letterman jackets--they're not trying copy anybody but rather give nod towards something that used to exist!
Many things can be retro: records, tapes and CDs. They're just old enough to evoke a sense of nostalgia but not too outdated that they lose their value as collectables (or at least useful).
Retro typically refers to items which are 20 years or more in age - this means most anything made after 1979 isn't really "retro" though some people might think so! 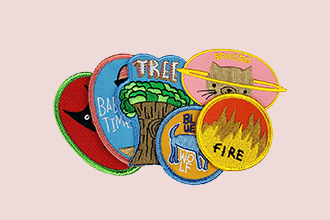 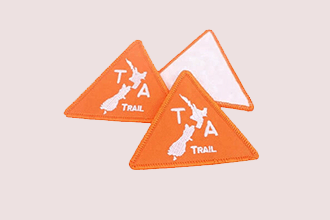 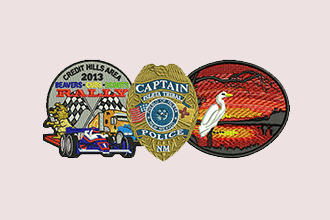 How To Design A Great Patch

Pick your options, share the artwork of your custom  vintage patches,
and we’ll get you a mockup within 12 hours.